Our Tribute to Paul Munnery 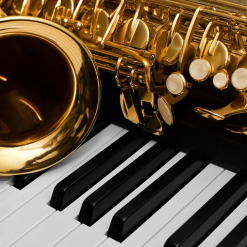 We were deeply sorry to hear of the recent death of the highly acclaimed trombonist, Paul Munnery.  Paul has ranked with the greatest of British trombonists playing 1920/30s jazz, for the past 50 years. He played with a huge range of bands, but will be remembered especially for his 11 piece jazz orchestra, Harlem, which he formed in 1981, performing throughout Britain and Europe for 25 years. His great love was the small band sound of 1930s Harlem, in particular the Teddy Wilson small bands. Latterly, his 6 piece band, playing the swing numbers of that era, was his greatest joy.

Paul was a brilliant slidesman, always leaving gaps, but such a hot player he could lift the band to fever pitch with just a few phrases, played in the style of the Harlem trombonist he admired most, J C Higginbotham.

Paul was also a great writer: many CDs bear testimony to this, as well as the numerous shows he turned out both for Harlem, with singers such as Marilyn Middleton, Maxine Daniels, and for his smaller ensembles.

Very few Upton Jazz Festivals passed without his presence; many will remember Harlem playing in their white DJs and wellies! He will be most sorely missed.  His funeral will be held at Canley Crematorium in Coventry, at 2.15 on the 17th January. All friends will be welcome.